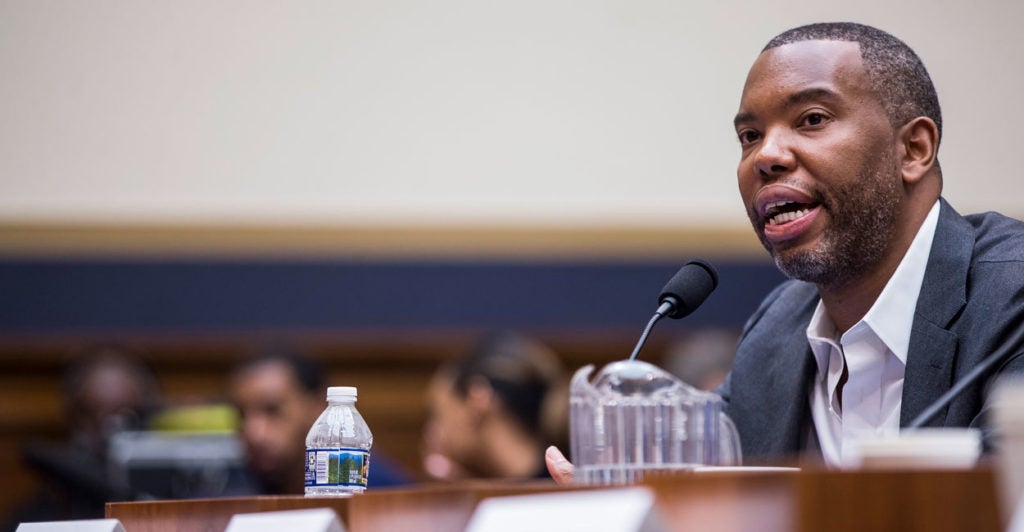 A day after Senate Majority Leader Mitch McConnell told reporters he is against making reparations to the descendants of slaves, an award-winning author called out the top Republican during a House hearing on such compensation.

Some in the hearing Wednesday booed when another writer, also black, opposed reparations.

“For a century after the Civil War, black people were subject [to] a relentless campaign of terror, a campaign that extended well into the lifetime of Majority Leader McConnell,” journalist and writer Ta-Nehisi Coates testified in favor of reparations.

“It is tempting to divorce this modern campaign of terror, of plunder, from enslavement, but the logic of enslavement, of white supremacy, respects no borders,” Coates said.

“It is historic, it is urgent,” Booker, one of three black U.S. senators, said.

The topic of the hearing by the House Judiciary subcommittee on the Constitution and civil rights was HR 40, a bill that would mandate a study on how to make reparations designed to compensate African Americans for the enslavement of their ancestors.

Some in the hearing room booed when Coleman Hughes, a columnist for Quillette and philosophy student at Columbia University who says he is a Democrat, spoke against reparations.

Hughes, 23, testified that reparations would further divide the country and make him and other descendants of slaves “victims without their consent.”

Five years ago, Coates argued for reparations in a column in The Atlantic magazine. Three months ago, Hughes countered him in a Quillette column.

“Racism is a bloody stain on this country’s history, and I consider our failure to pay reparations directly to freed slaves after the …read more