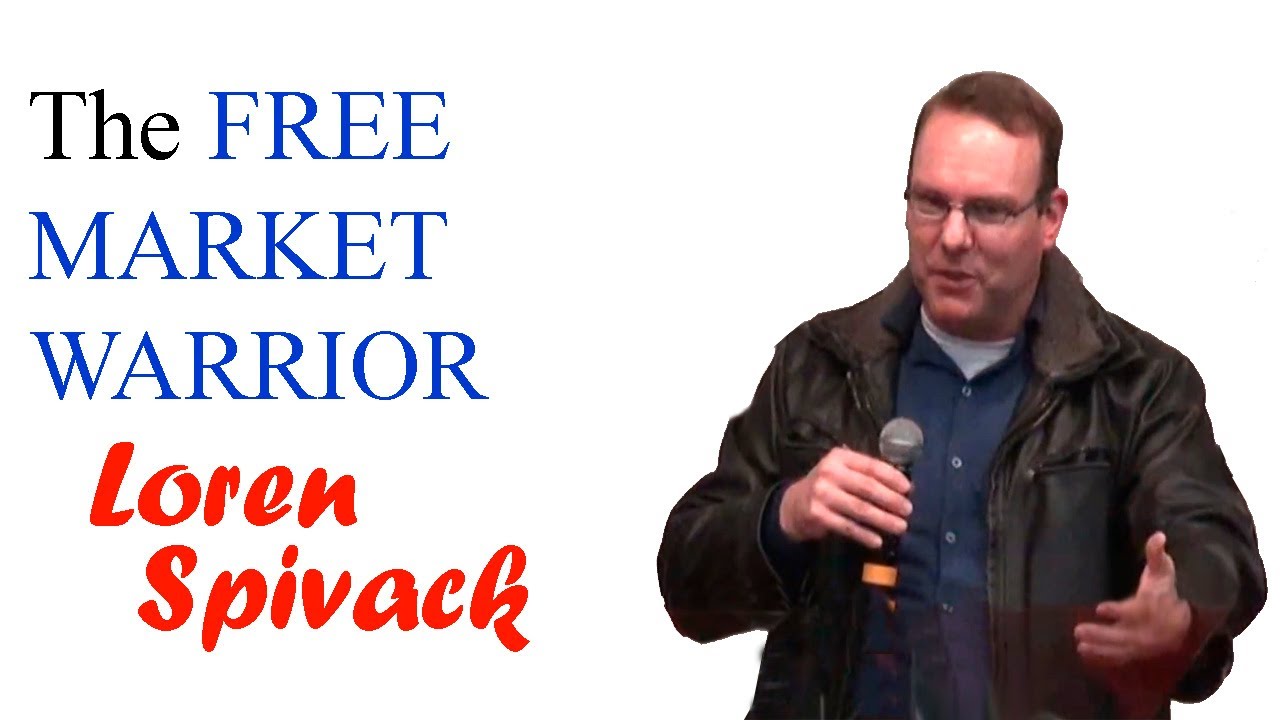 Can you explain why some tax cuts (Bush’s second term, Obama’s) do absolutely nothing to stimulate the economy, while others (Reagan’s, Bush’s first term) provide a great stimulus?

Were you taught in High School that the federal government needs to protect consumers from corporate monopolies that would otherwise be able to charge whatever they wanted?

Were you taught that Roosevelt’s New Deal saved the country by intervening in the economy and “stimulating” demand?

Did you know that the biggest problem with American healthcare (one that is financially hurting us all) is that there is far too much insurance coverage?

The greatest opportunity ever given to the world was thrown away because the passion for equality made vain the hope for freedom.

A free society cannot survive unless the people understand what is going on. Loren Spivack, The Free Market Warrior, has committed himself to helping an entire generation of Americans understand how economics works. The information is given in straightforward accessible format, with the goal of preparing a new “army” of regular Americans ready and equipped to fight for freedom, in that area where freedom is most crucial: our economic lives.

The seminar will presented in these sections, over three sessions:

Loren has amassed a great deal of relevant knowledge of economic systems and how they relate to governments and individuals. He does a great job of communicating in an easy to understand manner by providing clear examples from history to buttress his reasoning.

Everyone in the USA needs to hear your lectures, and soon!

Mr. Spivack has a remarkable grasp of the principles of free market economics along with a wonderful talent for making these ideas relevant and accessible to people in their everyday lives. His seminar is a must for anyone who wants to really understand what going wrong in America today, and what the solutions are.

Wow! I always thought economics was like voodoo…but Loren made it clear, simple and fun!

This seminar is worth more than most college educations!

Loren makes so much sense it hurts!

I really feel like I am now armed for battle! I am a Free Market Warrior!

Should be required for all voters!