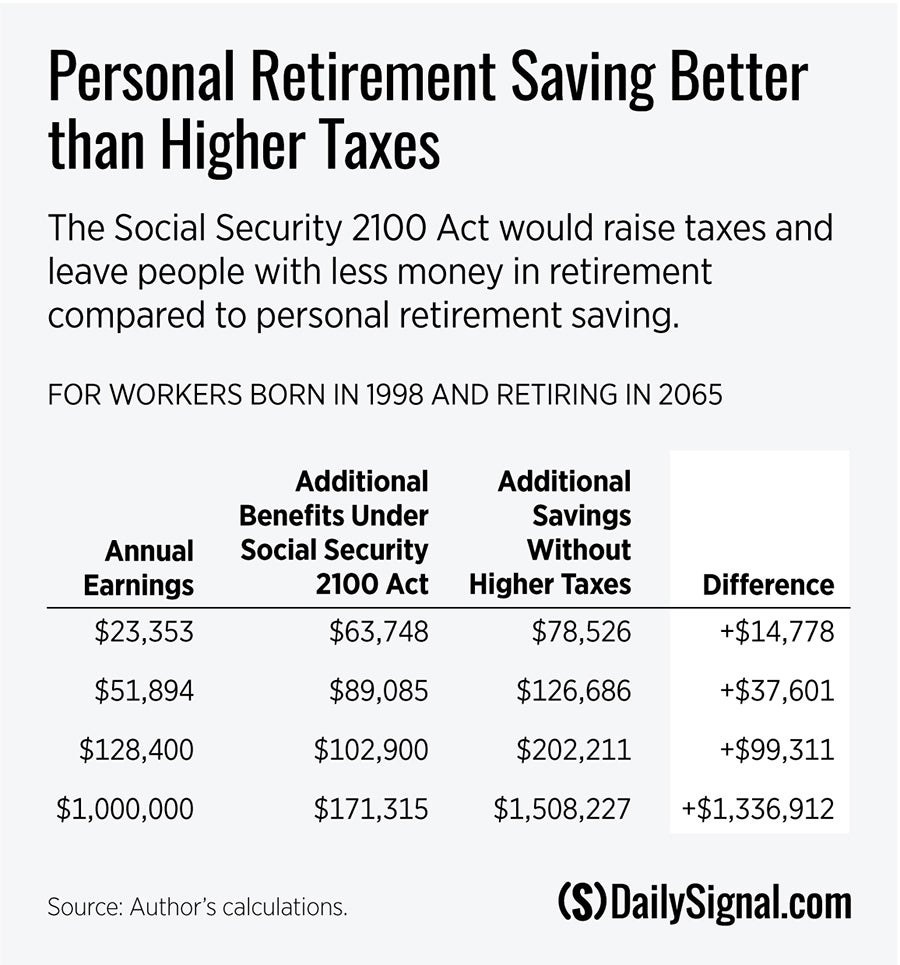 The truth is unavoidable: Social Security is
insolvent. It’s set to run out of money to pay scheduled benefits in about 15
years, barring action from Congress.

Policymakers have only a handful of options to avoid a
roughly 25% cut in benefits for everyone. They can raise taxes, cut benefits,
or enact a combination of both—and the sooner Congress acts, the smaller the
required tax increases or benefit cuts will be.

What’s not clear to many Americans is whether they
would be better off with a smaller or larger Social Security system altogether.
Would they be better off paying more in taxes and receiving more from Social
Security, or keeping more of their money in the first place?

In a new
report, my
colleague and I at The Heritage Foundation examine that question. We find that Americans
of all income levels would be better off paying less in Social Security taxes
and receiving more targeted benefits in line with need.

Alas, that’s not what Congress wants to do.

Within the next month or so, the House of
Representatives will likely pass the Social
Security 2100 Act, which would
make Social Security solvent by imposing super-sized tax increases.

The bill goes further than just raising taxes enough
to avoid benefit cuts. It would raise taxes enough to increase benefits immediately
for all current and future Social Security recipients.

Once fully phased in, someone making $50,000 a year would have to pay $1,200 more per year than what they’re paying today. Their total Social Security tax bill would be $7,400—about as much as an entire household spends on food in a year.

What’s most perplexing about the Social Security 2100 Act is that it would increase benefits the most for wealthy Americans.